Get pedalling! That’s the message from Highways England as Cycle to Work Day takes on a new meaning in 2020. With home working, staycations and local trips all being embraced following the easing of lockdown, cyclists are being encouraged to get on their bikes for any reason this year – not just a healthy commute.

The national day – which aims to boost cycling participation in the UK – is a great reminder of Highways England’s cycle routes which criss-cross the country, helping to link villages, towns and cities.

Steven Wright, Highways England’s User and Community lead, said: “We’re committed to significantly improving safety across our network and serving all users beyond road journeys, and these new and improved cycle and footpaths are prime examples of this, making life easier and safer for cyclists and pedestrians.

“Since 2015, Highways England has pumped more than £85 million into 160 new and upgraded cycle ways across the country and this wouldn’t have been possible without the support of a range of partners including Sustrans, Cycling UK and Transport Focus.

“We’re now looking to build on the successes over the past five years, seizing opportunities to better connect our network to its surroundings and hope that this Cycle to Work Day, people get on their bikes and experience some of the routes we’ve invested in.”

The cycle and walking charity Sustrans is one of Highways England’s partners and the collaboration has delivered a £3 million boost to cycle routes and cycle crossings across England.

James Cleeton, England Director, South at Sustrans said: “With things a little different this year, Cycle to Work Day is a great opportunity to get out and explore some new routes.

“We’re really pleased to be working with Highways England on a number of routes across the country. We recently completed works on a traffic-free cycling and walking route in Plymouth, to serve those travelling between the city and Plympton. Works included the installation of a new bridge, allowing easier access for adapted cycles and mobility aids.
“Improvements such as these are essential as we begin to emerge from lockdown, and people are looking for safe and physically distanced ways to travel.”

Here are a few routes worth a pedal this summer:

• Heading to Scarborough and Yorkshire’s east coast – the A64 route has benefited from 13 new or improved pedestrian/cyclist crossings between Staxton and Seamer. Work on the new widened footpaths and signs, staggered crossing points and cleared vegetation was completed in March.

• The A20 Lydden Spout, Dover to Folkestone scheme connects the coastal towns of Folkestone and Dover with an off-highway cliff top route. Highways England worked in partnership with Sustrans and the National Trust on the scheme which takes in sites of interest including the Abbots Cliff Sound mirror – a World War II listening station – and a Millennium Marker Post, one of four art pieces installed to celebrate the National Cycle Network at the turn of the century.

• People cycling or walking on the National Cycle Network linking London Stansted Airport with communities in Essex are benefiting from £800,000 of improvements provided by this special fund in 2018. Cyclists can enjoy a safe and scenic route across the busy M11 motorway thanks to the Highways England project to restore the one-mile route between Birchanger village and the airport. Previously, people commuting on bikes to the airport were having to navigate the tricky junction 8 of the M11, and were often put off using what was little more than a dirt track. Resurfacing sections of the path, putting up new signs, and clearing overhanging vegetation has provided an attractive, traffic-free way to commute to the airport.

• Cyclists heading to Bridport in Dorset can take advantage of the newly opened North Bridport/Bradpole and South Bridport/Bothenhampton cycle route. Highways England helped fund the Dorset Council scheme to improve cycleways and footpaths, and upgraded crossings on both the A35 and Sea Road South in Bridport.  A new, unsegregated footway and cycleway has been installed along Sea Road North, together with a new toucan crossing, while the existing puffin crossing on Sea Road South has been upgraded to a toucan crossing.

Cyclists, pedestrians and horse riders will see more benefits over the next five years, with £169 million set aside in Highways England’s new Users and Communities Fund. The company is using the fund to improve services for users and neighbours of England’s motorways and major A-roads, including increasing the options people have for sustainable travel.

New schemes that cyclists can look forward to benefitting from in the next few years, and that are well-suited to cycling outside of work, include:

• The A66 Threlkeld to Keswick trail in the Lake District National Park – Forming part of both the National Cycle Network and the Sea to Sea path, the predominately off-highway route is used by commuters and tourists alike, connecting visitor hotspot Keswick with the village of Threlkeld. Cyclists and walkers could be using this popular route and former railway line by Christmas – five years after it was badly damaged in Storm Desmond. Highways England has put up almost half the £7.9 million needed to restore the path which includes replacing bridges swept away in the storm, stabilising adjacent river embankments, resurfacing the path and re-opening an old railway tunnel.

• Designed to connect coastal and rural communities with key services in Truro, the A30 Saint’s Trail will serve tourists and residents – Moving to construction earlier this year, Highways England will make the path suitable for those new to cycling and younger users, ensuring it is perfect for holiday makers cycling for fun.

• Working in conjunction with Wiltshire Council, our A303 Solstice Way scheme will provide a key link in the route leading to the world-famous heritage site Stonehenge. It will see cyclists able to avoid a dual carriageway, making journey by bike a viable option for history lovers planning their trip.

• A259 corridor – means cyclists in West Sussex will soon benefit from a new seven-mile route linking Chichester to Emsworth . The project is expected to begin construction next year and will connect villages along the corridor providing commuting and leisure facilities.

Anthony Smith, CEO at Transport Focus, said: “Highways England and its partners have worked relentlessly during the first Road Investment Period to meet more user needs including cyclists, through 160 new and upgraded cycleways that people are using for commuting and leisure across the country.

“The message of this year’s Cycle to Work Day is encouraging people to get on their bike for any reason. We expect usage to rise as more people recognise the benefits of cycling both on health, but also as a safe and alternative way to travel. Our road user research for the second Road Investment Strategy highlighted that improved provision for cyclists continues to be a key priority, and we look forward to seeing Highways England continue to invest in this area over the next five years.”

For anyone embracing pedal power this summer British Cycling is offering advice on how to prepare your bike before hitting the road. Their short video takes cyclists step-by-step through the things they’ll need to check, including brakes, gears and any signs of tyre wear or punctures. The video can be watched here.

Other tips for keeping safe while out and about from British Cycling include: maintaining a good road position, typically a third of a way into the lane from the kerb; signalling clearly; obeying the rules of the road; and looking ahead to anticipate hazards. Find out more here.

Highways England manages four designated funds, allocated by the Government, to deliver benefits above and beyond building, maintaining and operating England’s strategic roads. From protecting the environment and enhancing the landscape around roads, to improving safety, reducing congestion, and supporting communities, the aim is to make a positive difference to people’s lives. 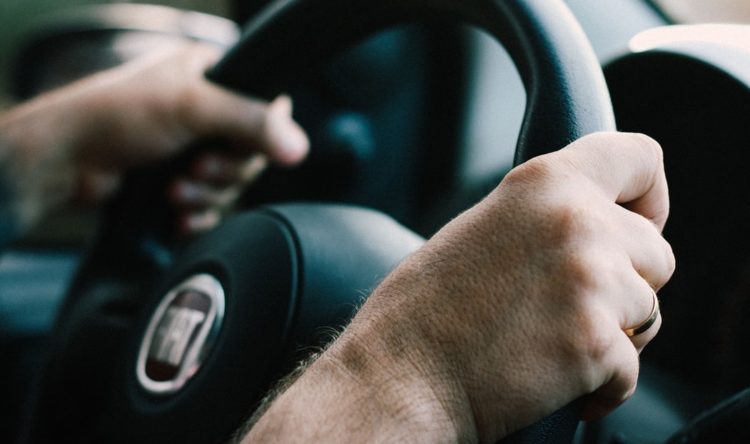 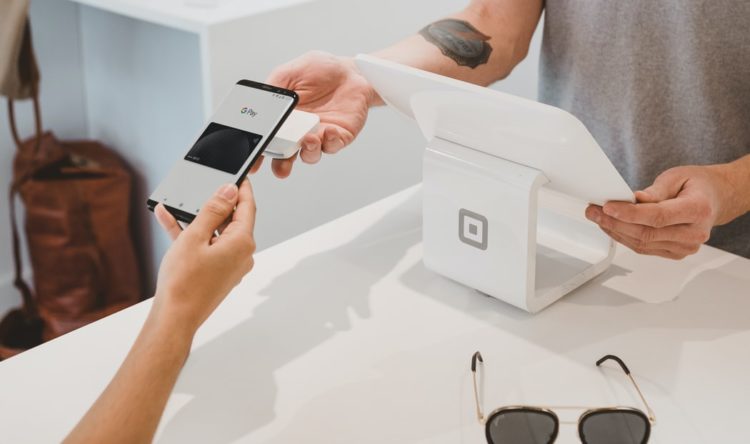 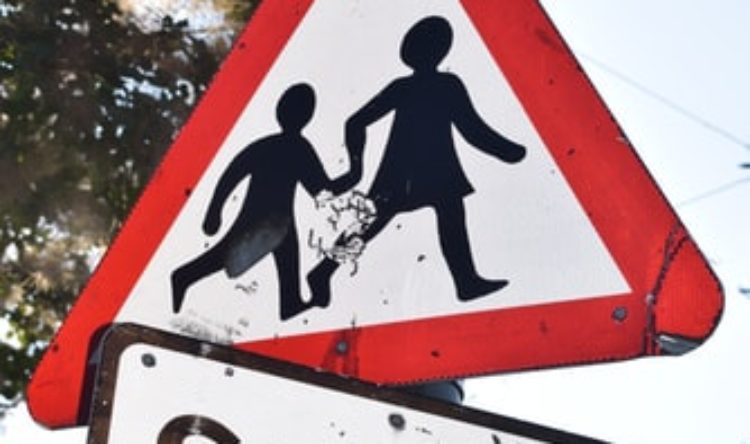 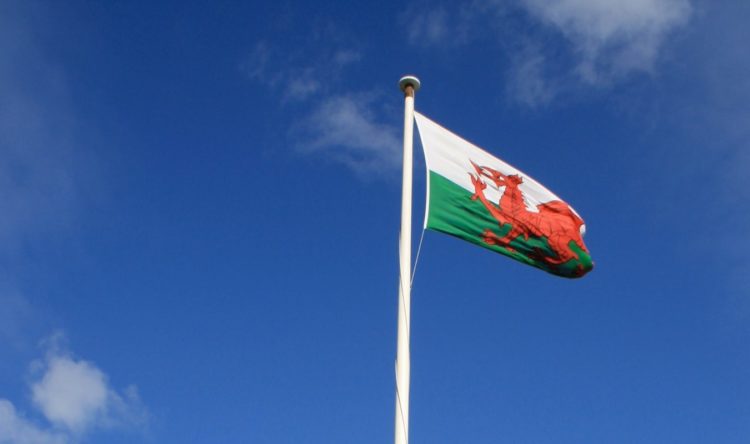 No testing and training in Wales

Following the Welsh Government’s announcement on 19 February, all areas of Wales will remain in lockdown (alert level 4) and…