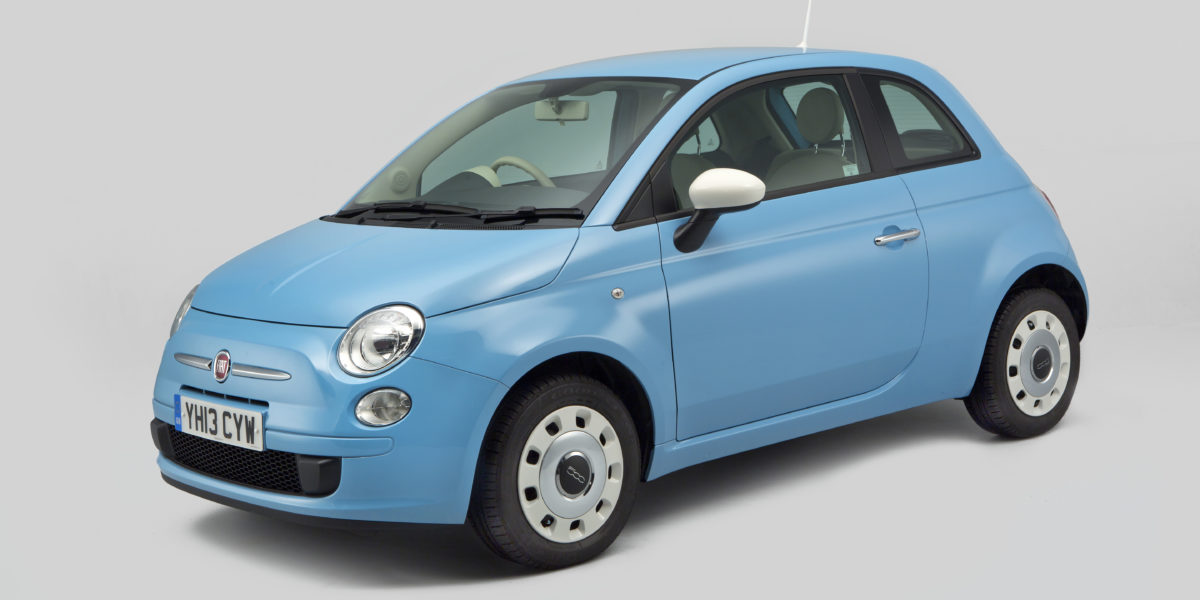 Launched in 2007 but refreshed in 2015, the 500 is the car that saved Fiat. It’s easy to see why, as it looks great, is fun to drive and has proved to be better built and more reliable than many previous Fiats. For 2016 the 500 has been treated to no fewer than 1800 tweaks, although you’d be hard-pressed to spot the difference. The lights and bumpers have been redesigned front and rear, while the infotainment systems and engines have been upgraded. We reckon the 500 still looks great and your students are likely to love it – especially if they’re female. The 500’s cabin is a mixture of good and bad. It’s got one of the most distinctive dashboards of any city car, which mixes retro with modern. Most people love it as it comes with a healthy dose of feel-good factor as standard. Build quality is good and the new multi-media system is great to use, giving the 500 a classy feel. But only the range-topping Lounge gets driver’s seat height adjustment and across the range the steering wheel is adjustable only for rake, but not reach.

Things are even worse in the back as the 500 isn’t spacious enough to be viewed as a full four-seater because the rear seats are so cramped. In 2009 BSM announced it was switching from Vauxhall Corsas to a fleet of Fiat 500s – but just 18 months later it was forced to do a U-turn because the DVSA’s examiners couldn’t fit in the back when assessing instructors. Engine choices are between the 875cc two-cylinder TwinAir and 1.2 petrol engines or a 1.3 diesel. The TwinAir is the most fun, but with just two cylinders it might spook your pupils as you have to keep the revs up, which is why we’d stick with the regular four-cylinder 1.2-litre engine. Easy rather than engaging to drive, the 500 is unusual in that it has a ‘City’ button which lightens the steering for urban manoeuvres – not that it’s heavy in the first place. All-round visibility is good and thanks to its diminutive dimensions, parking the 500 is a breeze. The controls are all pleasant to use although the dash-mounted gearchange is a bit on the notchy side. If you’re teaching in an area festooned with speed bumps though, you might find the 500’s ride too firm – it’s not that adept at smoothing out poor surfaces. There are three trim levels: Pop, Pop Star and Lounge. Cheapest engine (and our recommendation) is the 1.2, with the TwinAir above in 85bhp and 105bhp forms. The £10,890 1.2 Pop has remote central locking, electric windows, a multi-function steering wheel and a six-speaker stereo. But you have to move up to the £11,765 Pop Star to get air-con, alloy wheels, a 50:50 split rear seat and adjustable rear headrests. For £12,640 you can have a range-topping 1.2 Lounge with a panoramic glass roof, rear parking sensors, touch-screen multi-media with Bluetooth and the option of leather trim (£760), climate control (£270) and xenon lights (£610). With running costs, the 500 scores pretty highly.

If you’d like to lease a Fiat 500 as your next car then you can enquire about this vehicle with Dualdrive.

Enquire about this car