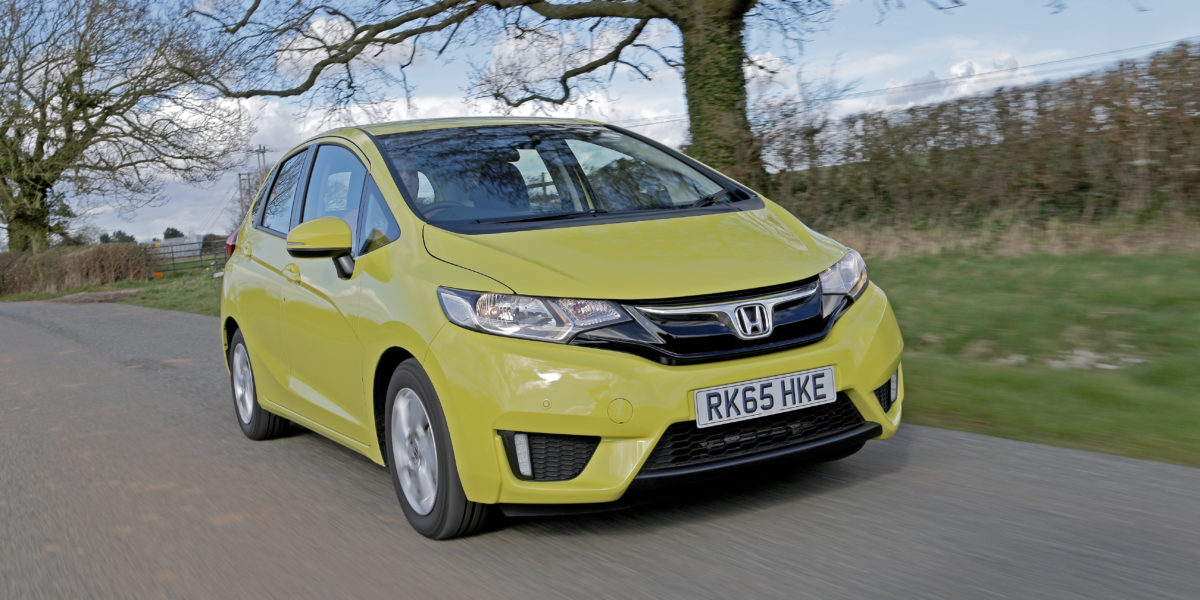 The original Honda Jazz appeared in 2001 and its successor in 2008; the third take on the formula arrived last year. If you’re a typical ADI in that you have one car for everything – both teaching and yourself – the Jazz could be very appealing. Easy to drive, brilliantly reliable and very practical, the Jazz tends to be cheap to run if not necessarily to buy. However, these smallest of Hondas hold their value well which is why a closer look may well be worth your while. Just don’t expect to be excited by the Jazz. This is a major high spot, at least in terms of practicality. You get a decent-sized boot, rear seats that fold flat at the pull of a lever (the seat base slides down as the back rest folds flat) and there’s masses of head and leg room for everybody. You also get Honda’s unique cinema-style rear seat that gives you a cavernous area behind the front seats as well as that big boot. Chuck in reasonable cubby hole space and it’s a great car for personal use.

Your pupils might not like it so much though as the interior is very plasticky while the instrumentation might confuse novices. The dash is clear enough but most functions are controlled via the multi-function steering wheel or the touch-screen display, and frankly, the chances are that this will cause at least some confusion among your pupils. To cap it all, the over-sized A-pillar hampers front three-quarter visibility despite an extra small window in there to help. The Jazz has often been slated because it’s so dull to drive – and it is. But it’s also incredibly easy to drive thanks to its light controls; the steering, brakes and clutch don’t offer much feel but they’re incredibly easy to use. Getting comfy is simple too, as there’s plenty of seat adjustment while the steering wheel adjusts for reach and rake; there’s also a conventional handbrake instead of an electronic item. There’s just one engine to choose from; a 1.3-litre petrol engine as unlike with the Jazz Mk2 there’s no hybrid option. It’s not a very torquey unit so you have to use the revs and thanks to below-par refinement things get raucous when you want to accelerate smartly; on the motorway the four-cylinder unit is both buzzy and busy. Part of this is because of the low gearing but on the flipside this means the engine offers flexibility aplenty around town; the Jazz will trickle along quite happily in sixth gear at 30mph, with the engine completely inaudible. A nice touch is the speed limit sign recognition that displays the current limit on the dash; it works very effectively. The cheapest Jazz is the £13,495 1.3 S with a manual gearbox; a CVT automatic transmission adds £1100. There are then SE and EX trims, also available with sat-nav for an extra £610, as SE Navi and EX Navi. The entry-level Jazz is a bit spartan, although it includes Auto Emergency Braking as standard along with a whole raft of other safety systems.

We’d still go for the £14,995 SE which comes with parking sensors front and rear, a seven-inch touch-screen display, alloy wheels plus a host of safety kit such as traffic sign recognition, and Intelligent Speed Limiter. All Jazzes sit in insurance group 13 while CO2 emissions for all models is 111-120g/km (£30pa) apart from the S CVT (106g/km and £20pa). With strong residuals the costs might just add up for you, but it’s a shame there’s no ultra-frugal diesel option.

If you’d like to lease a Honda Jazz as your next car then you can enquire about this vehicle with Dualdrive.