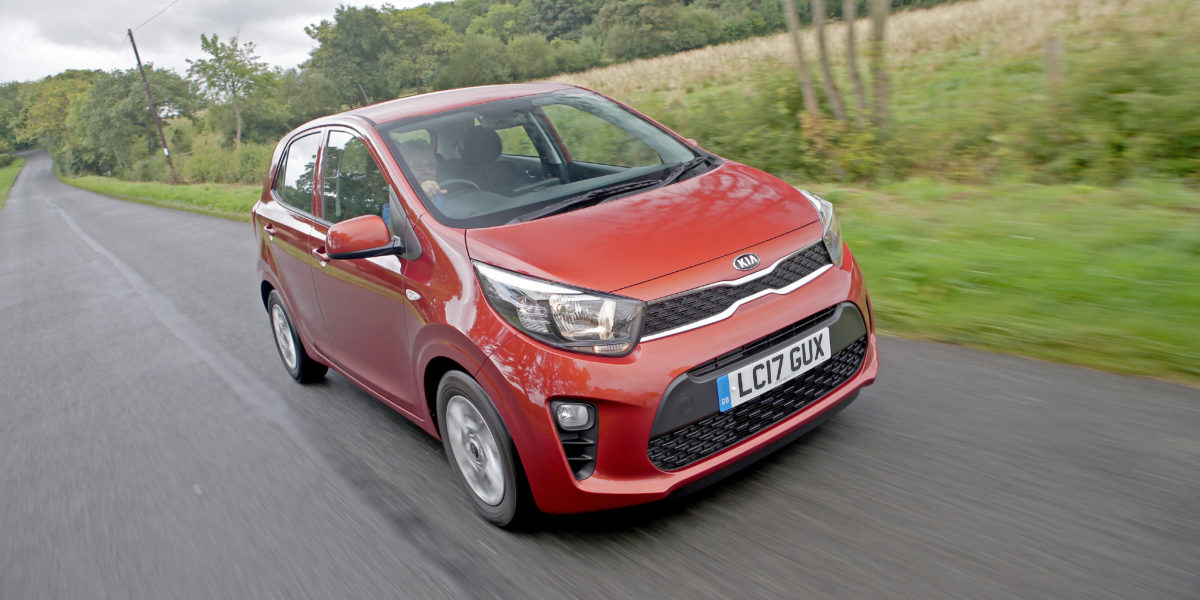 We’re big fans of Kia here at Intelligent Instructor. The company makes great cars that are well equipped, good to drive and look smart – cars like the third-generation Picanto which recently reached showrooms. As Kia’s smallest model it’s a titchy car that will be too small for some instructors but if you’re looking for something that’ll put your pupils at ease, is bound to be reliable, is extremely good value and comes with the UK’s most generous new-car warranty, we’d suggest that you take a closer look.

First impressions are good because while there’s a lot of plastic in here, intelligent design doesn’t give the impression of cheapness. Delve a little deeper and you can see where costs are being cut; there’s no height adjustment for the driver’s seat while the steering wheel adjusts only for rake, not reach. But the dash is very clearly laid out and so is the instrumentation, so it’s easy to quickly get familiar with everything.

There’s lots of cubby hole space, plenty of fore/aft seat adjustment and the seats are comfortable and supportive too. Even the rear seat space is pretty good as long as the occupants aren’t really tall, and while there are three seatbelts and head rests provided, realistically you’d only get more than two people in there comfortably, if they were children. The boot can stow 255 litres, which isn’t very much but it’s typical for the segment – as is a ‘mobility kit’ in place of a spare wheel. The Picanto is available with three-cylinder 1.0 or four-cylinder 1.2-litre petrol engines, with the former coming in 66bhp normally aspirated or 99bhp turbocharged forms; the latter arrives early in 2018 so it’s not part of the range just yet. The 1.2-litre engine is usefully more perky than the 1.0-litre unit but we tested the latter, which is very nippy around town but it starts to run out of puff beyond 50mph. The Picanto will happily sit at motorway speeds though, even if there isn’t much acceleration in reserve at 70mph. As you’d expect, the Picanto feels very agile so it’s genuinely fun to drive with its light controls, slick gearchange and comfy ride. The brakes are over-served though, which might faze an inexperienced driver. The Picanto comes only in five-door form so there’s no three-door option. There are four trim levels: 1, 2, 3 and GT-Line, with an X-Line coming soon. Kia doesn’t do options as such; if you want more kit you simply move up to the next level. However, there are premium paint finishes on offer and for £350 you can specify Auto Emergency Braking on the Picanto 1 and 2, but this tech is standard on the 3 and GT-Line.

With a starting price of £9450 (for the 1.0 ‘1’) the Picanto is hardly bargain basement, but you get a seven-year warranty (the longest in the UK), lots of standard kit and probably one of the most reliable city cars on the market. The most costly Picanto for now is the 1.25 GT-Line at £13,950 although the 1.25 ‘3’ is dripping with kit at £12,650, or £13,300 in auto form, and there’s no point spending more. Residuals tend to be strong and insurance groups range between groups 4 and 10 (excluding the T-GDi which arrives early in 2018). You can also cut the cost of maintenance by opting for a service pack; a three-service bundle costs £359 while it’s £659 for five services.

If you’d like to lease a Kia Picanto as your next car then you can enquire about this vehicle with Dualdrive.