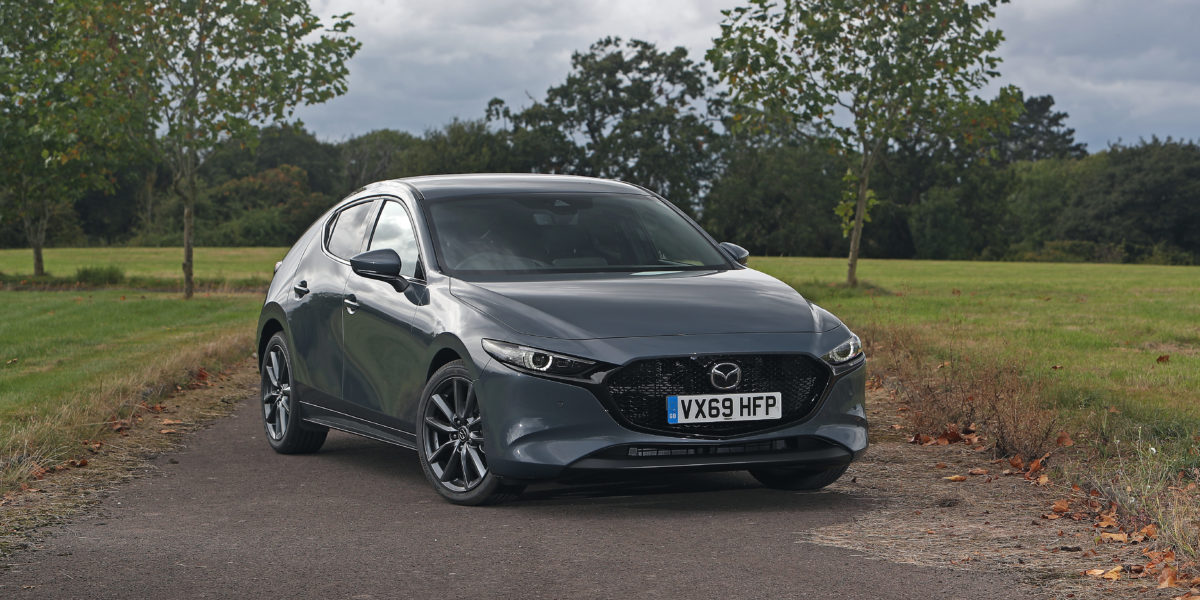 Ever since its first iteration back in 2004, the Mazda 3 has been a firm favourite. Earlier this year an all-new version hit the roads, the fourth incarnation, that looks sharp, and is as good to drive as it’s ever been. It’s also as reliably well made as we’ve come to expect of Mazda.
This latest version comes packed with high-tech driver aids but, just like its predecessors, you’ll find it’s not the cheapest car in its segment and that’s because it sits on the cusp of mainstream and premium. If you fancy something a little different from a Golf, the Mazda 3 may well be the route to take, though whether it will suit your pupils could prove to be a different matter. 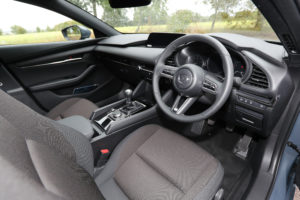 Drivers will love the Mazda’s cabin, though a learner may be a little less comfortable with it. The quality is excellent and the design very appealing, but the height-adjustable driver’s seat is quite low, even on its highest setting, reducing all-round visibility for some. This is further hampered, as with most modern car designs, by the thick rear pillars and a rising waistline – the result of structural safety design.

The seats are all very comfortable, though the rear leg and head room is pretty average, along with the boot capacity; the latter isn’t helped by an unusually high loading lip. There’s plenty of cubby hole space though and the infotainment system works brilliantly with a superb sound quality. Unusually though, there’s no touch-screen; instead it’s controlled via a dial on the central console. 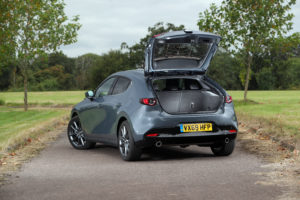 Mazda knows how to make a car that’s great to drive and the 3 is a typical example with its sweet gear change, wonderful steering and light controls. The ride quality of our test car was firm on its 18-inch wheels, but not uncomfortably so. Whereas rivals have rushed to introduce small-capacity turbocharged petrol engines, Mazda has stuck with larger naturally aspirated units that, in 120bhp form, lacks that sparkle. There’s no lack of flexibility though, with 30mph in sixth a breeze, and the impressive economy is why Mazda has happily given up on diesel.
The multi-function steering wheel and the instrumentation are very busy, but where the latter is concerned the key information is easy to read at a glance. A particularly neat feature is the speedometer, which ties in with the traffic sign recognition. Drive over the speed limit, and the speedo shows you how far over the limit you are as a thick red line around the edge of the display. 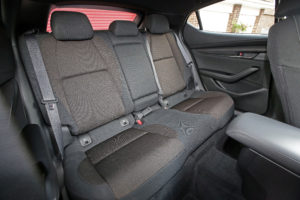 The SE-L is all you need with its automatic wipers and LED headlights, rear parking sensors, 16-inch alloys, traffic sign recognition, navigation, air-con, Bluetooth, 8.8-inch display and a multi-function steering wheel. Moving up to SE-L Lux costs £1,100 and adds rear parking sensors and camera, heated front seats, dual-zone climate control and the handy auto-dimming rear-view mirror. For the low-power engine the insurance groups are 15-17; and groups 22-23 for the 177bhp unit. There’s a three year/60,000 mile warranty, service intervals of 12 months/12,500 miles, and service plans of £649 and
£799 respectively.