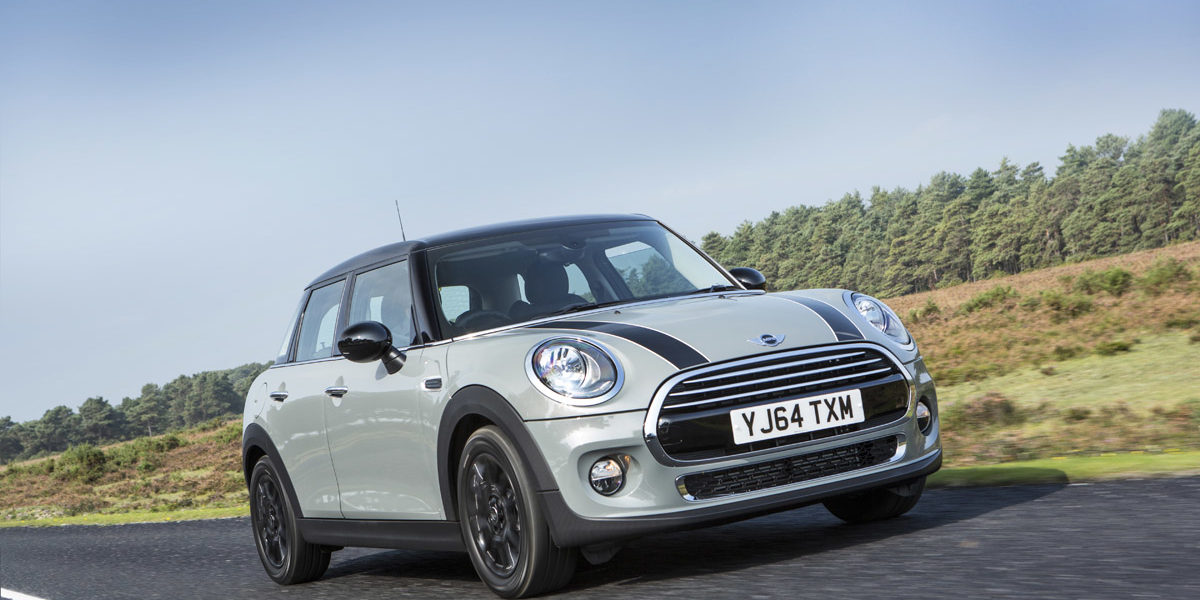 Since BMW launched its Mini in 2001 the brand has gone from strength to strength, and with the third-generation car now on sale you can buy a five-door edition for the first time. But don’t see this as a rival to bigger models such as the Ford Focus or Audi A3; the Mini is still too small for that, even in five-door form. There’s still a three-door option if you prefer it; it’s mechanically identical and much the same to drive. The original Mini was the world’s first classless car and the 21st century edition is no different thanks to the opportunity to choose pretty much whatever spec you want, from cheap to very costly. With numerous extras and option packs available the sky is the limit; we’d suggest you buy an off-the-peg model though, as even in standard form it’s well equipped. At first glance your pupils will probably love the Mini’s cabin. With lots of retro features and an excellent level of fit and finish it’s a quality product. But when it comes to usability things aren’t quite so great as the dash is very busy, which is why it takes a bit of getting used to; the chances are your pupils will find it confusing.

Aside from the busy design it’s generally good news thanks to a huge range of seat and steering wheel adjustment, including reach and rake for the latter. The five-door Mini’s wheelbase is stretched by 72mm over the three-door which helps with rear seat leg room but things still aren’t exactly generous – although unsurprisingly, those extra doors massively improve access to the back seats. This is where Mini has generally got reviewers all excited, but while the first two generations of BMW Mini were dynamically over-rated, the current model has at last come good. Whereas previous models had an unacceptably harsh ride that negated any handling benefits, the Mk3 is composed, comfortable and fun. There’s a choice of petrol and diesel engines available; the pick is the three-cylinder 1.5-litre diesel in the Cooper D. This engine is smooth, torquey, flexible and economical, but there’s also a cheaper One D option with 95bhp. As well as having less power it’s also not as well equipped. With light controls, a slick six-speed manual gearchange and a conventional handbrake rather than an electronic one, the Mini is incredibly easy to drive, which is why your pupils should love it. Once again this is a mixture of good and bad. Purchase prices are on the high side and the five-door Mini carries a £600 a premium over its three-door counterpart. Also, if you get carried away with the options you’ll be working 24/7 for the next decade to justify the purchase. But on the flipside the Mini holds onto its value better than most rivals, despite its ubiquity. Unlike most car makers there are no trim levels for the Mini; you get a standard spec then just add whatever options you want.

Standard fare includes Bluetooth, DAB radio, air-con and alloy wheels but if you want them you can specify a glass roof (£675), climate control (£325) and for a real touch of class, leather trim (£1305-£1640). Running costs tend to be palatable thanks to that low depreciation and frugal engines. As a result, fuel and road tax costs are also low – in the case of the latter it’s free. Maintenance is also cheap as you can buy a servicing pack at the point of purchase. Dubbed TLC, a five-year/50,000-mile pack costs £399; an extra three-year/30,000-mile pack is just £275.

If you’d like to lease a Mini Cooper as your next car then you can enquire about this vehicle with Dualdrive.