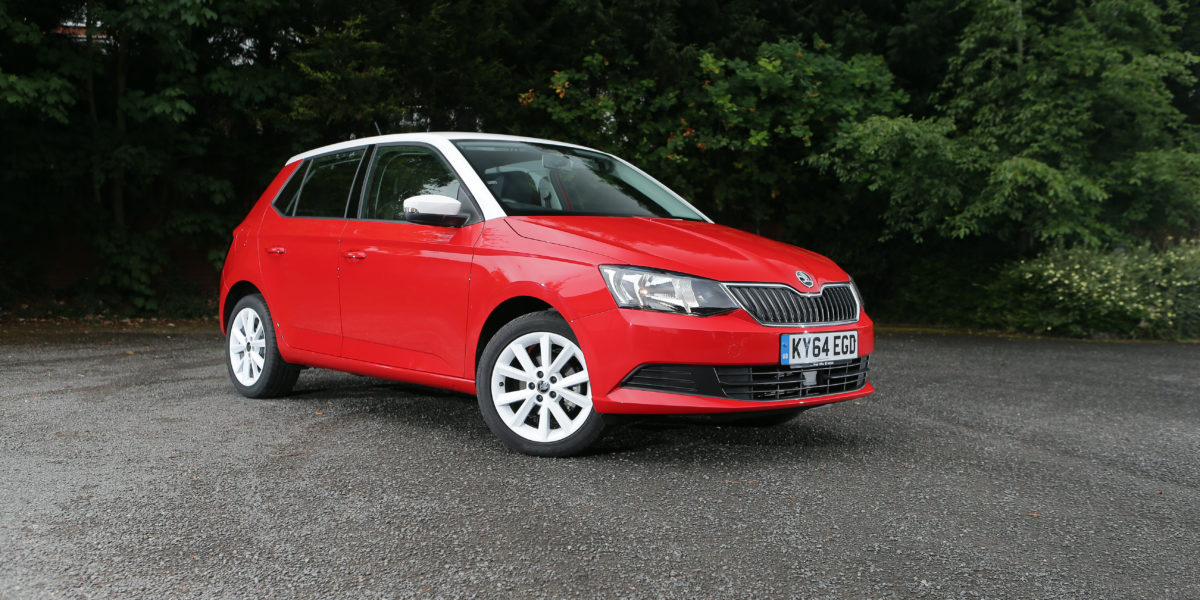 The Skoda Fabia has always been a likeable car, and thanks to its use of Volkswagen Group technology it’s always been a very competent one too. At the start of 2015 the third-generation Fabia went on sale and as you’d expect it’s the best iteration so far. Offered with some excellent engines and built to the same standards as pretty much any other VW Group product, the Fabia is also practical and good value. As such there’s no good reason not to at least consider the Fabia, even if it’s not a car that you’re likely to fall in love with. Skoda is brilliant at the things that really matter, like making everything easy to use. The Fabia comes in five-door form only so it’s easy to get in and out of the back seats. Once there the leg room is adequate rather than generous; disappointingly there’s no compensation in the form of a big boot. The touch-screen multimedia system is intuitive with the Bluetooth and navigation both a breeze to use – but the Fabia’s cabin isn’t perfect as it doesn’t have enough cubby hole space.

And the Skoda’s interior won’t put a smile on your face as it’s all rather sombre. However, while there’s lots of plastic on show it doesn’t look or feel especially cheap thanks to the clever design. You would expect a mass-market supermini to be incredibly easy to drive and the Skoda doesn’t disappoint. The instrumentation is clear and between the gauges it’s possible to configure the display how you want it, with a large digital speedometer one of the options. There’s loads of adjustment in the seat and steering wheel, the gearchange is slick and all-round visibility is good too. Skoda has stuck with a conventional handbrake rather than an electronic item, the seats are supportive and both the ride and refinement are very good, with excellent stability at motorway speeds. To cap it all the 1.2 TSI engine of our test car was mated to a six-speed manual gearbox and it’s possible to sit at 30mph in sixth, with the engine ticking over at 1000rpm, such is the engine’s flexibility. Although the engine is turbocharged you’d never guess, such is the linear power delivery – there’s no trace of peakiness. The only way we could mark the car down dynamically is for its disappointing headlights – not rubbish, but could be better. Skodas are no longer bargain basement but the Fabia is still decent value compared with rivals. At over £15,000 our 109bhp test car was pricier than it needed to be; there’s an 89bhp 1.2 TSI SE available for  £13,600 with everything you need including air-con, rear parking sensors, touch-screen multi-media and alloy wheels.

The SE L adds cruise control, climate control and bigger wheels, none of which you need – plus it sits in insurance group 12 compared with the SE’s group 8. Both cars cost £20 per year to tax; no Fabia has CO2 emissions of more than 110g/km, with several variants pegged at under 100g/km, making the annual road tax free, until the new rules come into force on 1 April.

If you’d like to lease a Skoda Fabia as your next car then you can enquire about this vehicle with Dualdrive.