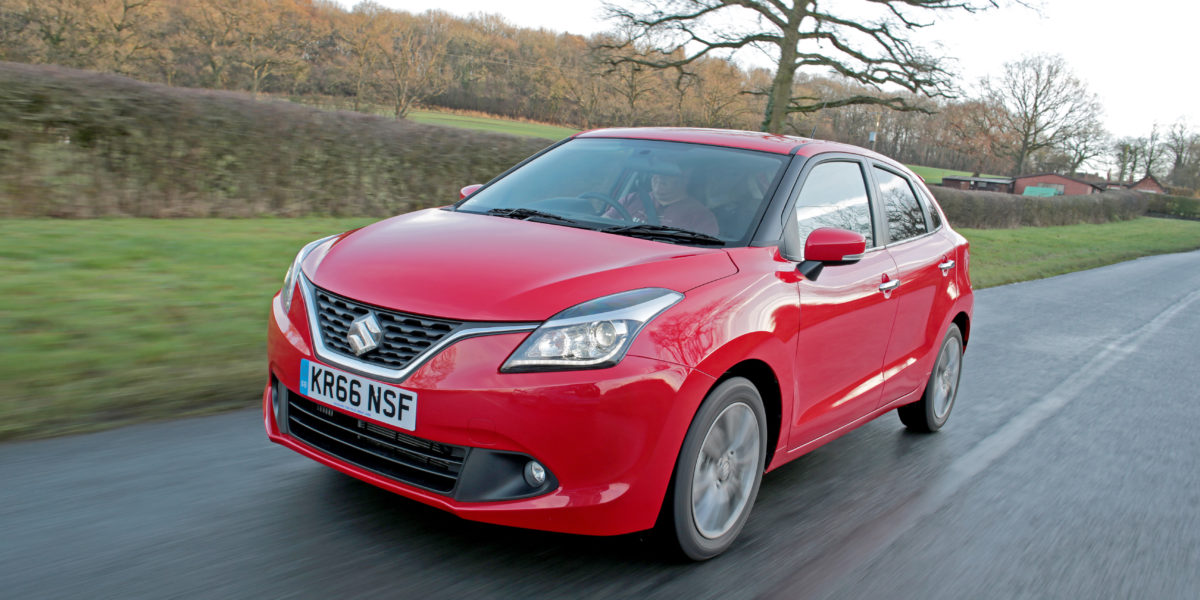 Suzuki is one of the more enigmatic car makers in the UK. Its small marketing budget means there’s relatively little awareness among consumers, but that lack of visibility isn’t because of any major shortcomings in the product – at least not where the Baleno is concerned. This small family hatch is the same size as a Corsa or Fiesta but feels bigger inside – not quite as big as a Focus or Astra, but not far off. What’s really impressive about the Baleno is how much you get for your money while excellent reliability levels will be a given, which is why this smart-looking (but ultimately rather anonymous) hatch deserves a wider audience. Considering the Baleno’s relatively compact exterior dimensions (it’s four metres long), Suzuki has created an amazing amount of interior space, although the downside is a split-level boot which isn’t very big. Cabin access is easy too thanks to the five-door configuration; there’s no three-door option.

Some extra cubby hole space wouldn’t go amiss though, and some of the materials and design look a bit low-rent, but you can’t argue with the standard kit. There’s plenty of steering wheel and seat adjustment too, but the instrumentation is very busy. There’s a digital display that be configured to provide all sorts of information, much of it useless, but there’s no digital speedo option, annoyingly. There may be just a 1.0-litre three-cylinder engine in the nose, but the Baleno feels lively and agile, and even at motorway speeds refinement levels are excellent. Smooth and willing, the petrol engine makes the baby Suzuki very enjoyable to drive; there’s no diesel option but an even more frugal four-cylinder 1.2 mild hybrid is also available. At high speeds the Baleno feels very stable and sure-footed while at low speeds it’s supremely manoeuvrable thanks to a seriously tight turning circle. All-round visibility is good, helped by a rear parking camera and extra windows in the C-pillars; they’re not big, but they do help. The light controls ensure the driving experience won’t faze your pupils, but after a day in the passenger seat you might wish the seats weren’t so flat – they should be more supportive. Value is one of the Baleno’s key selling points and while some aspects of the cabin look and feel cheap, there’s no denying you get a lot for your money. Suzuki keeps things simple; there are just SZ-T or SZ5 trims, the latter also available with an automatic transmission. Even the £13,249 SZ-T has air-con, Bluetooth, navigation, alloy wheels, a reversing camera and highly effective HID headlamps.

The £14,249 SZ5 adds climate control, adaptive cruise control and auto emergency braking. With road tax of £20 per year (£140 from 1 April) and real-world fuel economy of 50mpg the Baleno offers reasonable parsimony. Service schedules are every 12 months or 9000 miles, with service plans available to help spread the cost.

If you’d like to lease a Suzuki Baleno as your next car then you can enquire about this vehicle with Dualdrive.