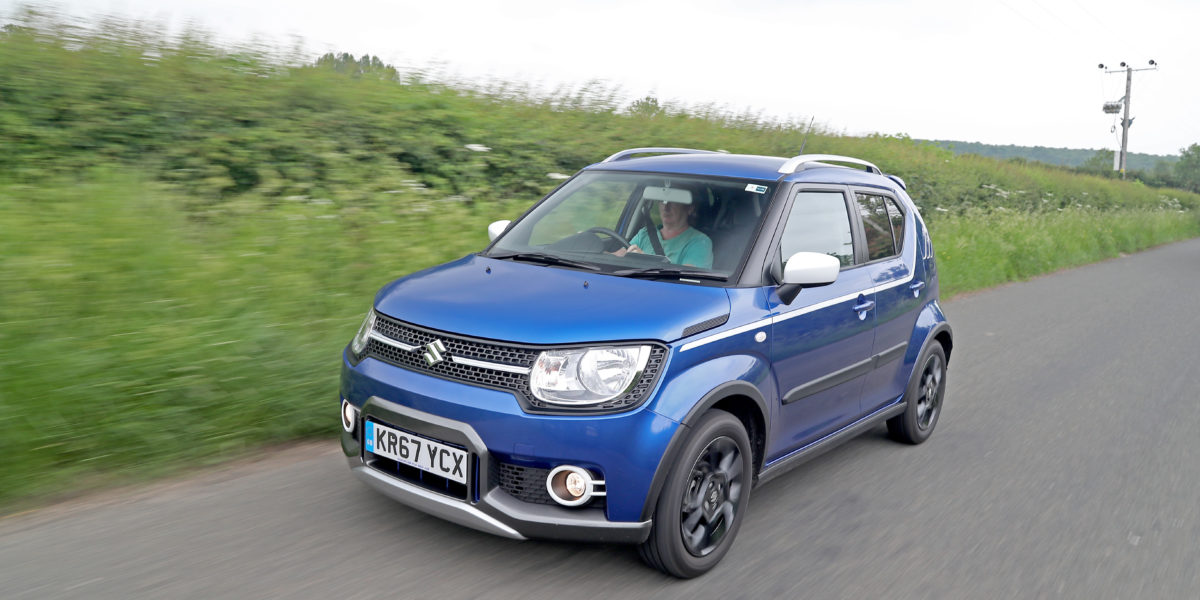 One of the lowest-profile motoring brands in the UK, Suzuki has long focused on small cars that are neatly designed, well equipped, easy to drive and very reliable. They also tend to be priced competitively, but with a focus on affordability rather than luxury it’s not easy to think of Suzuki as an aspirational brand. We reckon its wares are worth a closer look though, as they’re invariably appealing on many levels. That’s the case for the Ignis which looks a bit like an SUV that’s shrunk in the wash, and as a result you either love or hate it with its truncated tail and jacked-up ride. Keenly priced, well built, easy to drive and spacious, the Ignis is a small car with a lot of talent. 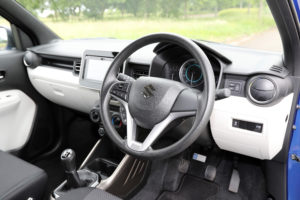 With an overall length of 3700mm you’d expect the Suzuki’s cabin to be pretty cramped, but it’s actually very spacious. The rear seats (split 50/50) slide back and forth to increase boot or cabin space, but even with them right back the boot isn’t too small and there’s loads of rear seat leg room, while the high roof line ensures there’s ample head room too. The cabin is quite narrow though, which is why there are just two seat belts in the back; the chairs in the front could do with more support and the steering wheel adjusts for rake only, which is disappointing.

The instrumentation is clear and simple though – as is the whole dash, as many of the functions are controlled via a touch-screen display. Cubby hole space is no better than average; there are two decent door bins and a small glove box plus a bit of centre console space, but that’s it. 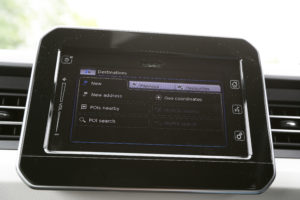 Light controls and a lack of feel have been trademarks of Japanese cars for years and the Ignis is no exception. As a result it’s easy to drive and it’s rather fun too, thanks to a feeling of light weight and agility, things helped by an ultra-tight turning circle. Despite being a car that arrived only last year the Ignis doesn’t have all the latest tech such as AEB or stop/start across the range; the former is standard only on the range-topping SZ5 but optional on all others. All Ignis variants get a 1.2-litre petrol engine that provides reasonable performance with flexibility; you can sit at 30mph in fifth (top) quite happily. Motorway refinement and stability is very good while around town the suspension soaks up bumps very well; there’s none of the crashiness that afflicts some superminis. 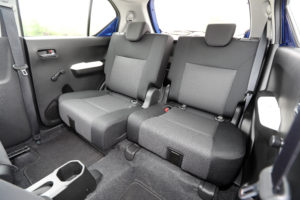 Suzuki keeps things pretty simple, with just six editions of the Ignis to choose between: SZ3 (manual), SZ5 (manual with either 2WD or 4WD, auto) and SZ-T (manual or auto). All have a 1.2-litre engine and a five-speed gearbox, with the entry-level SZ3 (at £11,499) getting air-con, DAB radio, steel wheels and Bluetooth. Next up is the SZ-T (£12,999) which adds a rear parking camera, sliding rear seats and 16-inch alloys.

The range-topping SZ5 (£14,499) also has climate control, LED headlights, navigation and AEB. At the time of writing each car had £1500-£2000 off, which boosts the Suzuki’s appeal but not so good is a high insurance rating; the SZ3 sits in group 15 while the SZ5 is in group 18. Buy an SZ5 and you get a mild hybrid option (dubbed SHVS) which boosts economy from the regular model’s 61.4mpg to a claimed 65.7mpg.

If you’d like to lease a Suzuki Ignis as your next car then you can enquire about this vehicle with Dualdrive.