AC or DC, the current runs in one direction

When the new Tesla Roadster is released it will offer a range of over 600 miles and a 0-60mph of 1.9 seconds making it sadly unsuitable as your next tuition car, so let’s focus on more realistic options. As manufacturers react to demand and tighter 2020 emissions targets take hold to clean up the air we all breath, turbo charged by the likes of ‘dieselgate’ and Greta Thunberg, a diverse range of new EVs will flood the market across the next few years, with many already appearing in the deaerships. The Peugeot e208, Vauxhall Corsa-e, Renault Zoe 52kWh, VW ID.3, Seat el-Born and Nissan Leaf 62kWh all offer a range of over 200 miles.
On the 1 September 2017, Europe’s automotive industry began the important shift to more realistic fuel economy test cycles. The Worldwide harmonised Light vehicle Test Procedure (WLTP) introduced a more stringent laboratory fuel economy test cycle, aiming to close the gap between published figures and real-world efficiency.

The Kia eNiro, new Kia Soul and the Hyundai Kona have a WLTP figure of around 280 miles yet real life reports from driving instructors show consistently over 300 miles (200+ in winter), which is a similar range to the last petrol car I owned. If range isn’t so important for you, the Nissan Leaf 40kWh, MG ZS and VW eUp offer over 150 miles per charge and the Mini Electric, Honda E, VW eGolf, BMW i3 and Fiat 500 offer over 120 miles. Some manufacturers are deliberately opting for smaller batteries for city cars on the simple basis that most people don’t need huge amounts of mileage every day. How often do most people really undertake 300-mile journeys where they are truly unable to take a break to rest and recharge?

Interestingly Mini have achieved price parity because the new Mini Electric is nearly price identical to its petrol equivalent spec. Meanwhile, higher performance EVs are already cheaper to purchase and run than their combustion equivalents, while the price of EVs generally is expected to reach price parity with conventional cars within the next few years. Inevitably, as the numbers produced and sales increase, they will become even cheaper; coupled with lower running costs, it will make it challenging for traditional internal combustion engine cars (ICE) to compete. Before 2018, driving instructors didn’t have a lot of choice in the EV market, which was broadly limited to the Nissan Leaf and Renault Zoe, and later the Kia Soul. With tech limiting the range to 80-130 miles, it was territory only for the very keen, and range concern was a valid excuse for opting out. Yet it was perfectly manageable with a home charger and a bit of planning, not to mention very rewarding as long as you had the correct mindset; long journeys had to be treated as thrilling adventures where you pushed the boundaries! I will genuinely miss those days with my new eNiro that removes the restrictions of the earlier technology, although I will still take rest breaks on long journeys because my bladder range is definitely less than 300 miles.

Cash for the Meter

A modern 200+ mile range EV such as the e208, Corsa-e or Zoe will cost about £26k, but it brings with it a £2-3k reduction in running costs per 20,000 miles. I’d still do it even if running costs were more because I really believe we are investing in a better product. Still, quite often the lease cost of an EV and its monthly electricity bill is actually cheaper than the lease cost of a traditional car and its monthly fuel bill. You really have to look at the savings hiding behind those upfront costs, especially considering there are so few moving parts, making ongoing servicing costs much lower. As production ramps up and market competition increases, even the headline prices will become attractive – we are already beginning to see sub £20k such as the Seat Mii and Skoda Citigo if you’re ok with a smaller car and a range of about 160 miles.

There are three primary reasons auto instructors choose EVs: environmental, running cost savings or, having test driven one, becoming gripped by the superior driving experience. What holds them to that choice is the discovery that it is simply a better and more satisfying way of making something move. I could never go back to combustion – I’ve dabbled, it’s like going from Star Trek to the Flintstones. Okay, I’m being a tad harsh. Like any product, you need to be sure that the current technology meets your personal needs, not least as it’s automatic transmission. For many driving instructors an EV will not be their next car but it might be the one after that.

Next Month: Plugging in to teaching in EVs 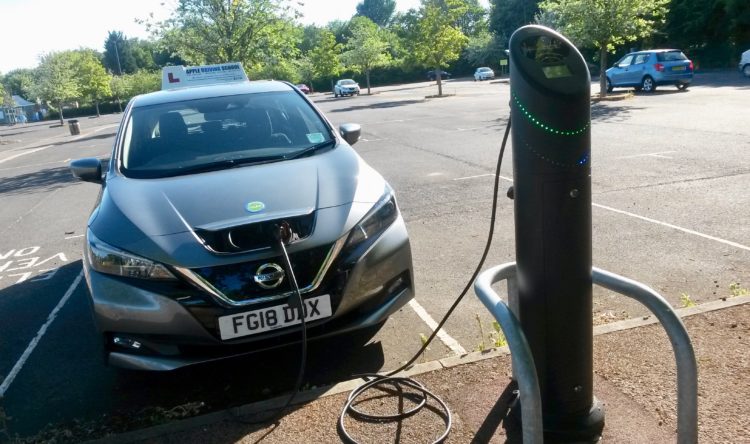 The Force Be With You

You shut your eyes and hope that the force is with you, that you won’t end up removing bumpers, paintwork and your No Claims Bonus! 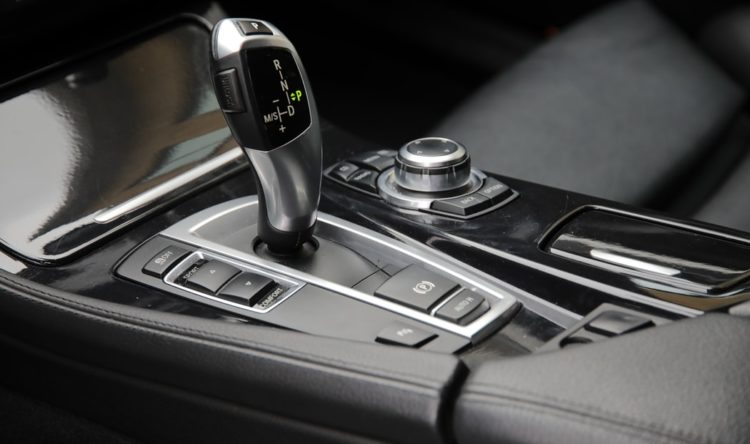