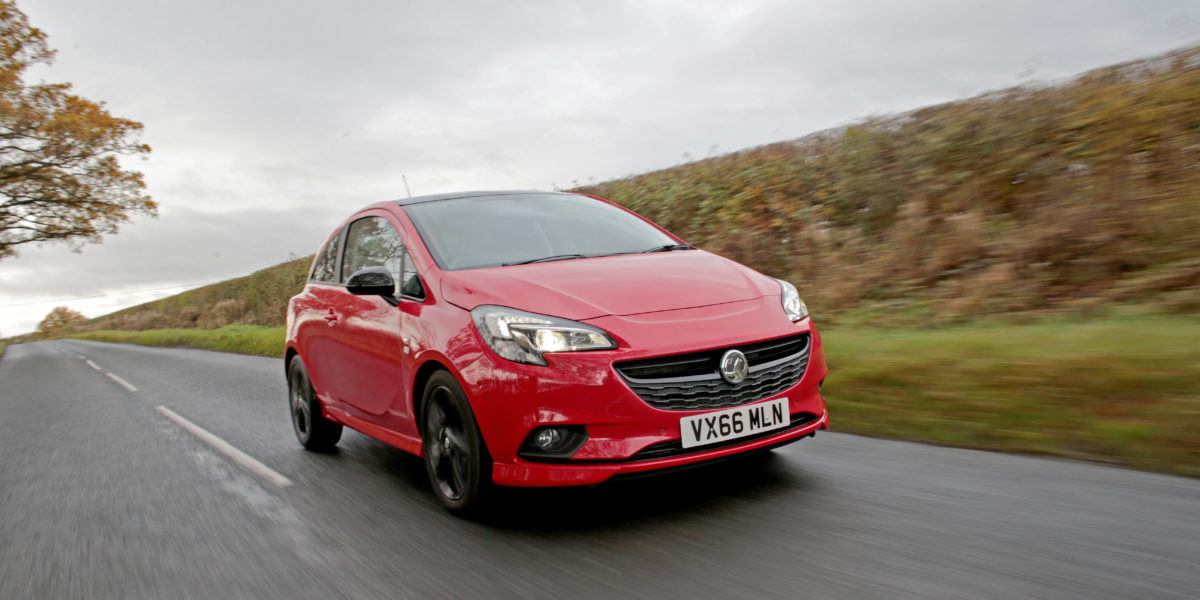 Few cars are as important to the world of driving instruction as the Vauxhall Corsa. For years this supermini, one of the UK’s most popular, has been a staple of driving schools and instructors across the nation. It’s easy to see why. Easy to drive, nippy and easy to park, the Corsa also has a spacious cabin, there’s a dealer in every town and it’s a looker too. There’s also a wide range to choose from; among the regular models there are 1.4 petrol, 1.3 diesel or 1.0 turbo petrol variants. As the most modern engine of the lot we opted for the latter, but either of the others should provide sterling service. The Corsa might be a small car but the view from the driving seat doesn’t suggest it. Despite its size the Corsa has plenty of big-car features, our test car coming with heating for the seats and steering wheel, a large touch-screen display and a heated windscreen. What might faze your pupils are the multi-function steering wheel and instrumentation, both of which are very busy. However, the digital speedometer is useful and there’s plenty of adjustment for the seats and steering wheel. A bigger glovebox wouldn’t go amiss but there’s reasonable cubby hole space throughout the cabin.

The biggest problems we encountered were down to the three-door configuration of our test car. The rear three-quarter visibility is poor, things helped by the fitment of a blind spot warning system. Opting for a five-door car would help with visibility, rear-seat access and it also wouldn’t have the reduced headroom of the three-door car, with its sharply sloping roof. However, once installed there’s plenty of leg room but unusually, while there are three seatbelts fitted there are just two head rests. When the Fiesta is your biggest rival you’re always going to struggle to compete dynamically. But while the Vauxhall isn’t as much fun as its arch rival from Ford because it feels heavier and less agile, it’s a very easy car to drive. Our car’s six-speed gearbox was a little notchy and the clutch action a bit sticky but it was barely run in. More importantly the steering is well weighted, the power delivery is linear and refinement levels are excellent, even at motorway speeds. The ride is good too, even with 17-inch wheels fitted. These, combined with low-profile tyres, help the Corsa to feel very stable through corners as well as at speed. The black alloys of our Limited Edition car would soon look wrecked though; before ordering your car, check the wheel colour. Vauxhall doesn’t charge bargain-basement prices for the Corsa and the car’s ubiquity means depreciation is pretty stiff. However, parts costs are reasonably low and reliability is good which softens the blow. There are 74bhp and 89bhp versions of the 1.4i petrol engine, which also comes in 99bhp turbocharged form. Most powerful of the lot is the 114bhp 1.0-litre turbocharged petrol engine while diesel fans can choose between 74bhp and 94bhp versions of the 1.3 CDTi.

With 10 trim levels currently available you’re spoiled for choice; we’d opt for a 1.0T Design at £14,210 in five-door form. Rated at 107g/km the road tax costs £20 per year, it sits in insurance group 9 and for your money you get air-con, a multi-function steering wheel, electrically adjustable door mirrors, powered front windows and a heated windscreen – and steel wheels with covers instead of alloys.

If you’d like to lease a Vauxhall Corsa as your next car then you can enquire about this vehicle with Dualdrive.