Do we drive as safely as we think? It’s a conundrum and our natural bias tends to lead us o over estimate our abilities.

45% of people consider themselves a very safe driver and 55% think they drive safely most of the time, according to an AA survey. Yet 1 in 25 drivers in Great Britain has penalty points on their licence.

Looking out of the windscreen, only 1% of people think that everyone else is a safe driver. Furthermore, 1 in 5 think there are more unsafe drivers than safe drivers. But no-one asked in the survey classed themselves as an unsafe driver.

Two thirds of the drivers polled admitted to driving while tired. Drivers are more aware of the dangers of drink and drug driving, but driving when tired can be fatal – 1 in 50 accidents last year were attributed to driver fatigue.

More than half of drivers admit they eat while driving, which can also be dangerous. This is viewed as careless driving if it distracts you and police think you’re not in proper control of your car.

A common bad habit that drivers admit to is using their phone while driving.

There are still drivers who seem not to realise that it’s against the law to use a handheld device while driving. This includes using your phone or sat nav for directions. The offence comes with a maximum fine of £1,000 (£2,500 for a bus or good vehicle) and could even lead to you losing your licence.

What’s that over there?

1 in 4 people admit to being distracted by something inside the car while driving, like the sat nav, radio or passengers. Distractions inside the car were a contributory factor in 1 in 25 accidents in 2019.

But it seems we’re most distracted by what’s going on outside our own cars.

The survey found that 56% of people say their biggest distraction when driving is other drivers. Across Great Britain, more than 1 in 5 accidents that have casualties are caused by the ‘injudicious actions’ of other drivers. That includes speeding and travelling too close behind other cars.

How safe do we think other drivers are?

We might consider ourselves safe drivers, but we don’t have the same confidence in those around us.

In Great Britain, a quarter of accidents that result in a casualty are attributed to driver behaviour or inexperience. Of those, over 70% were because the driver was careless, reckless or in a hurry.5

How safe do drivers feel on the roads?

Only 4% of drivers asked were involved in an accident in the last year.

1 in 3 respondents said they felt safer when driving during the second lockdown. That could be thanks to quieter roads with less traffic on them. 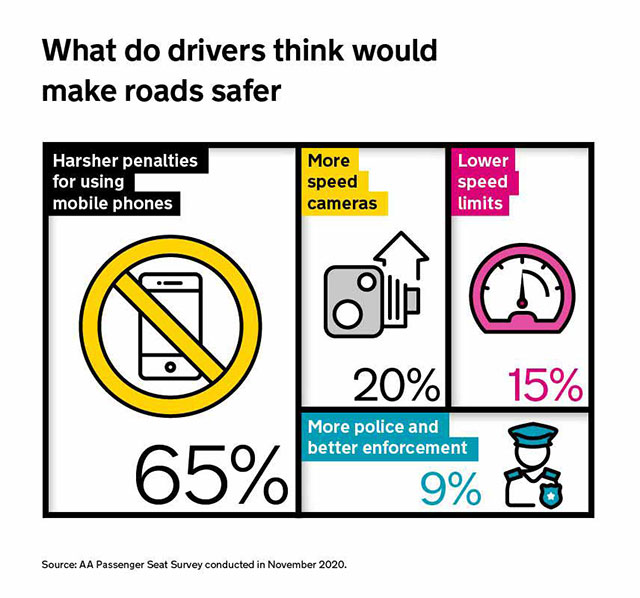 What would make driving safer?

Drivers focused on penalties and policing when we asked them what would make driving safer.

The West Midlands is the region with the most accidents caused by speeding, where more than 1 in 10 accidents list “exceeding the speed limit” as a contributory factor. But only 15% of drivers in the West Midlands think more speed cameras would help. Instead, 65% think harsher penalties for using mobile phones would make driving safer.

In Yorkshire and the Humber, 76% of people agree that harsher penalties should be given for mobile phone use. This is despite 3% of drivers there admit calling on a phone and 4% admit texting at the wheel.

Jack Cousens, Head of Roads Policy at the AA, says, “Although cameras are useful tools to help police our roads, we can’t rely on them alone. A camera can’t pull someone over for driving carelessly. Having more cops in cars would help reduce dangerous driving and stop drivers thinking they can get away with certain offences.”

You can see the survey report here. 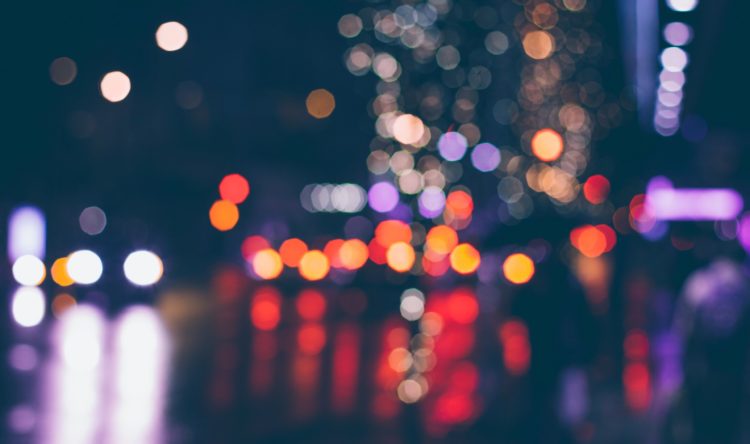 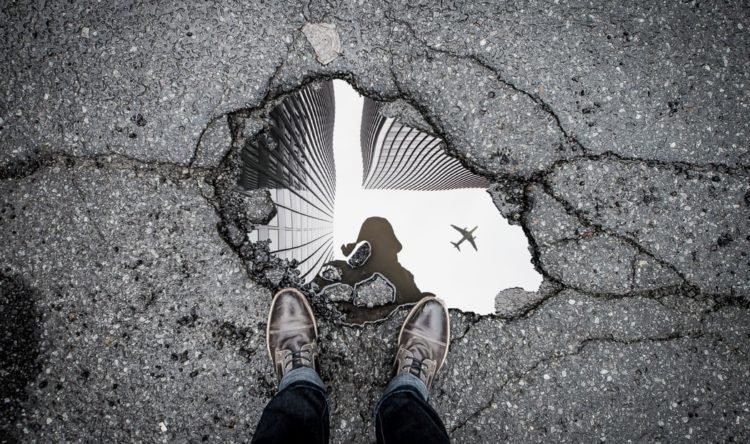 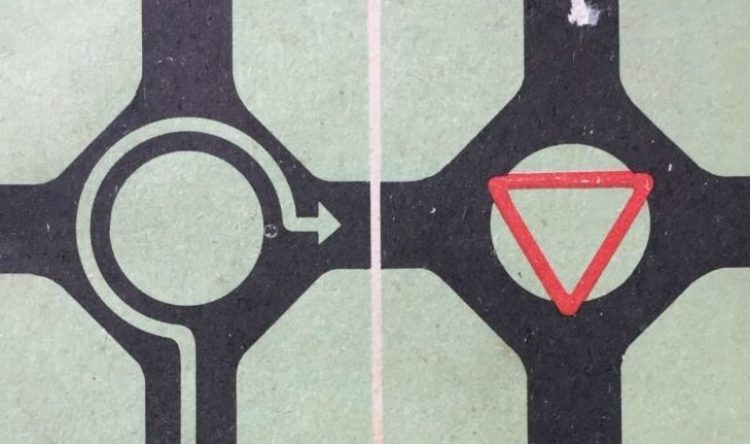 The Highway Code was introduced in Great Britain in 1931. Then there were only 2.3 million vehicles on roads, but… 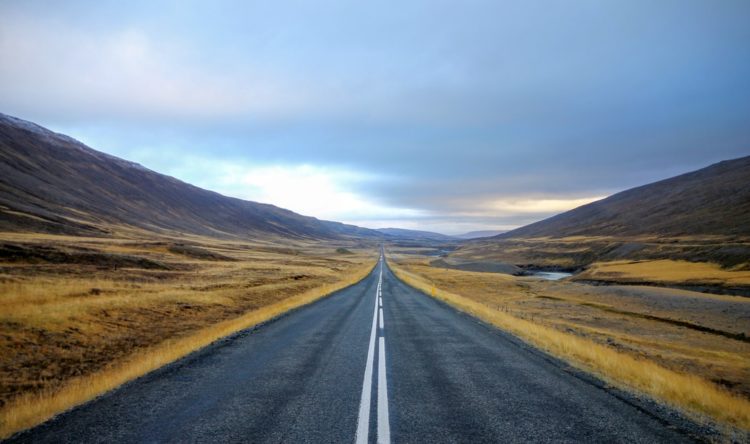